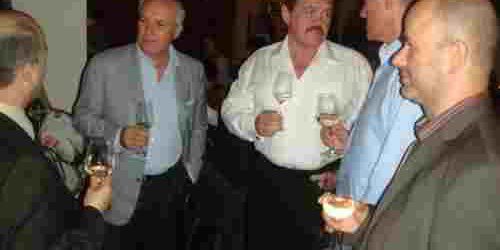 The largest kickboxing organization in the world , WAKO ( World Association of Kickboxing Organizations) was a great partner of IKF Kempo during SportAccord Convention 2011 .

WAKO is the largest unified kickboxing organization in the world. In 2006, the International Amateur Kickboxing Sports Association (I.A.K.S.A) and W.A.K.O merged, making it possible for their acceptance by the General Association of International Sports Federations (G.A.I.S.F) , being known today as SportAccord , as the world governing body for the sport of Kickboxing.Today W.A.K.O can count on 126 affiliated nations in the 6 continents, with 75 officially recognised by their respective Sports or Olympic Council.

Happy Birthday to you , Mr. President !!!

On the other hand , WAKO pointed another great succes during SportAccord Convention , Espen Lund from Norway ( WAKO Vicepresident ) being elected in the SportAccord Combat Games Committee .