TECHNIQUES PERMITTED
– punches and elbows to the body and to the legs (above the knees).
– kicks to the head (just circulars), kicks to the body (any kind), and kicks to the legs inside/outside (just circulars).
– knees to the torso and to the legs (but not inside of the legs).
– kicks with the external and internal side of the foot to the knee-back side of the opponent, only for takedowns or throws, and only when the one who kicks is in the back of the opponent.
– takedowns and throws (in case of no good action the referee can stop the fight and start again from the middle).
– ground fighting with chokes, armbars, leg bars, pinning techniques, striking with punches, elbows, and knees at the ground fighting to the legs, to the body, and to the hands.
* no chokes or armbars are allowed from standing up.
** inside of grabbing time all legal strikes are allowed.
*** any techniques which are not specified in the „Techniques Permitted ” is  illegal. 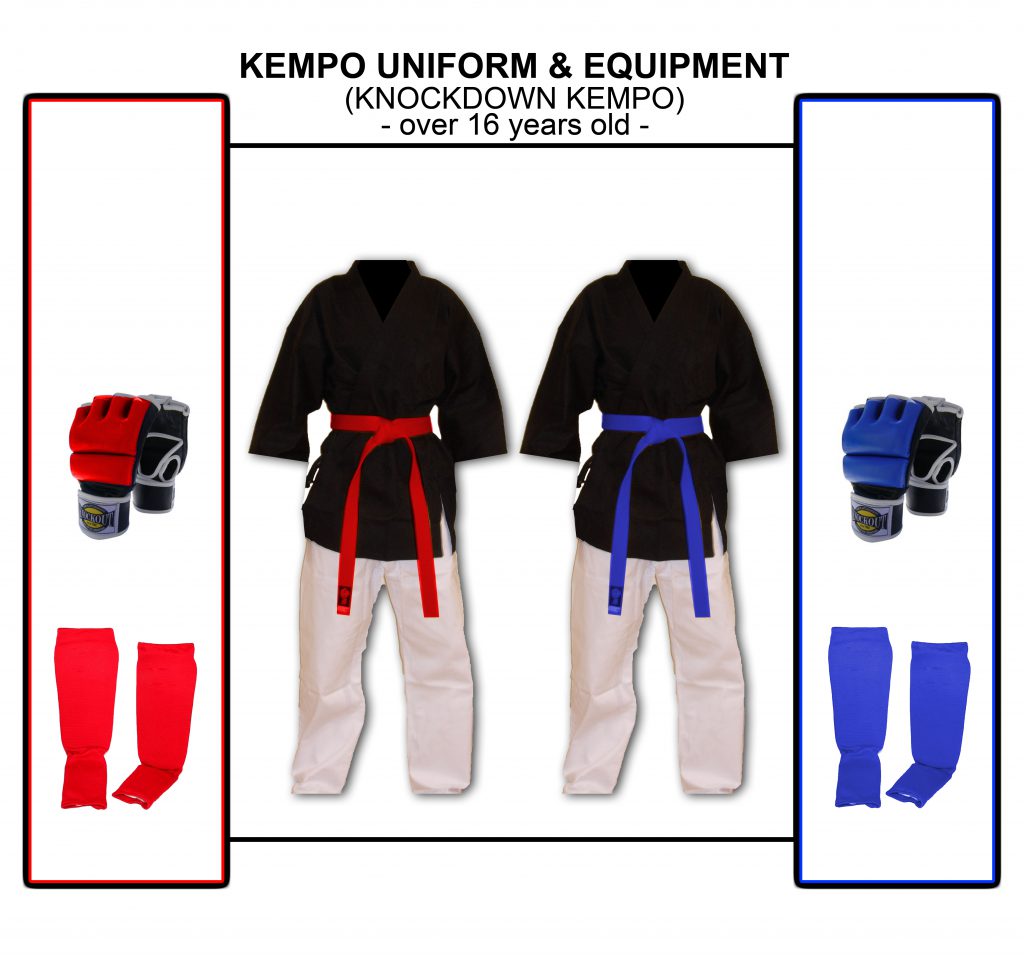 – the period in which fighters could finalize their throws from grabbing is max. 10 sec.
– the ground fighting will be stopped after max. 30 sec. of full-action, or anytime in case of non-combat. In case one of the combatants stand up during the ground fighting the fight will be stopped and restarted from the center of the fighting area.
– all techniques must be very clear in order to be scored
– ground fighting is considered from the time when one knee is on the floor or on the opponent.
– it is not allowed to kick or to punch an opponent who is on the ground from standing up, without having at least one knee down.

FIGHTING TIME
1 round x 3 minutes. In case of a draw, there will be an extra round of 1 or 2 minutes by the decision of the organizer. The extra round will start from 0-0 and after this extra round, all referees must decide the winner.

1 round x 2 minutes. In case of a draw, there will be an extra round of 1 minute. The extra round will start from 0-0 and after this extra round, all referees must decide the winner.

PENALTIES and SCORES
– in case of repeated intentioned fouls the ring referee will give: warning, -1, -3 points, disqualification.
– depending on the intensity of the foul the central referee can disqualify the athlete directly or after the first/second warning for the competitor, with the approval of the chairman of referees.
– just the penalties and points given by the central referee will be scored on the score table.
– the tables referees will count just the strikes and throws and, at the end of the game, they will add the points from the score table and after will declare the winner. Points counted by the table referees and points from the score table will be written in separate squares on each table referees registry.

EQUIPMENT
– white Gi pants next to the ankle, Black Gi jacket, Red/Blue belts depending on the corner.
– MMA gloves
– groin protection for men and chest protection for women, just under the clothes
– shinguards
– mouthguard (gum-shield).
– headgear with a plastic mask under 16 y.o.,  in the color of the respective corner.
*  in case of using headgear with a plastic mask the mouth-guard is optional