IKF is the global governing body for the mixed martial combat sport of KEMPO, having millions of followers worldwide.

Kempo/Kenpo, as a martial art, has been existed for more than 1500 years, but in the last 80-90 years, the martial art of Kempo has been changed and adapted to a strong and attractive modern combat sport also. Kempo is a sport for everybody and inside IKF there is no place for any kind of discrimination. The IKF is blending the sport of Kempo with culture and education values, strictly respecting the Olympics values, rules, and regulations.

Kempo reflects a very unique and ancient mixed martial combat sport that combines cultural tradition, strong life philosophy, education values, and strength as well. The true essence of Kempo is one of respect, honor, and fair play as much in the field of play as off it.

Starting in1932, for the first time in history, Kempo has been developed as a sport by the Japanese master Muneomi Sawayama, being known as Nippon Kempo (full-contact/mix-fight). Later on, Doshin So started to promote Shorinji Kempo as a demonstration sport and in the mid’s “60s the American, Kenpo appeared promoting Kenpo using Semi-Contact competition rules (Point-Sparring) together with Forms and Self-Defence rules as well.

In 2002, Prof. Dr. Amatto Zaharia had the brilliant idea to unify the sporting rules of Kempo/Kenpo under only one umbrella. After many years of hard work and dedication the International Kempo Federation has been founded as the world governing body for the amateur sport of Kempo, by 5 countries – USA, Romania, Germany, Hungary, and Slovakia – who came together to unify the sport under one body with unified rules and regulations, with the vision to get the sport included in multi-sport games and recognized as an international sport.

KEMPO – SPORT FOR ALL

IKF is a place where everybody is allowed to practice Kempo/Kenpo in all its aspects regardless of it being for fitness, confidence, cultural art form of competition; without discrimination based on color, gender, race language, religion, national or social origin, or any other status – the sport belongs to everybody.

The history of the art of Kempo, which is the backbone of the sport, has provided IKF with a rich cultural heritage, which has become indivisible from the practice of the sport itself. Growing from a base of culture, the practice of Kempo promotes cultural exchange at an international level. The values inherent to the practice of the sport are also universal values, which make it an easy sport to adopt and identify with. Broadening the reach and appeal of Kempo is one of the keystones of the IF’s development plan, as the potential of grassroots engaged in Kempo is a rich resource that will ensure the continued future success and growth of the sport.

KEMPO ATHLETES ARE THE HEART OF IKF

IKF is governed by a robust constitution, it is fully compliant with the World Anti-doping Agency (WADA), it recognizes the jurisdiction of the Court of Arbitration for Sport (CAS) and follows a strict Code of Ethics, with the clear vision to use Kempo to contribute towards a better tomorrow. The Kempo youth, the athletes, are at the heart of our organization.

IKF’s vision is to unify Kempo/Kenpo organizations worldwide, under one umbrella.

Our vision is for KEMPO to become recognized as an official sport worldwide, by getting recognitions from as many IOC’s organizations as possible, and ultimately become an Olympic sport.

IKF is the world leader of the sport of Kempo, having achieved recognition and full-membership status from many of the IOC’s (International Olympic Committee) recognized organizations, as TAFISA, ICSSPE, IAKS, being compliant with the World Anti-Doping Code also.

Becoming an Olympic sport is the ultimate challenge for KEMPO. This achievement will be not so easy and will need great common efforts from all of us, but the sport should have no lesser ambition.

IKF aims to spread the sport of Kempo throughout the world, maintaining its traditional integrity and ensuring a uniform set of rules, working mutually for the sport and the athletes.

IKF seeks to encourage and develop the practice of Kempo in the following aspects:

– as a cultural art form

– as a competition ring sport

These different aspects of Kempo make the sport accessible to all ages and genders, further taking into account mobility limitations and impairments, which some practitioners may have.

IKF is focused on developing KEMPO as an international combat sport, from the recreational level to the elite, driving the development of common sets of rules, safety regulations, structure, progression pathways, and mutual exchange.

By our continuous support, we aim to increase the number of national federations achieving National Sport Authorities and National Olympic Committee recognition, as well as support from their other significant sports organizations.

IKF is focused on gaining worldwide recognition for the mixed martial combat sport of KEMPO. The official recognition is needed on regional, national, and global levels to increase opportunities and benefits for the sport’s participants. Until now, by the great efforts of our members, IKF became recognized by many of the IOC’s organizations as TAFISA, ICSSPE, IAKS, etc, being included in TAFISA GAMES as well.

In countries in which there are no existing national KEMPO/KENPO federations, IKF will support those who are ready, able, and dedicated to forming such a national federation.

IMAGE OF THE SPORT

IKF works continually to improve the image of Kempo in the eyes of the general public for all its aspects – a recreational hobby, self-protection, amateur, and professional sports events.

IKF provides rules and regulations, educational systems, which are developed democratically through our expert committees.

IKF organizes elite amateur “nation vs nation” tournaments and professional events as well, all over the world. Every year IKF organizes amateur World and Continental Championships for Seniors, Youths, Cadets, Juniors, and Kids. IKF strives to deliver high level competitive and promotional opportunities to the widest range of stakeholders possible.

IKF is a democratic organization based on the foundation of open and honest practices. This applies to everything from elections and governance to everyday tasks.

IKF is a non-profit organization being driven only by the purpose of developing KEMPO as a mixed martial combat sport worldwide, not the demands of return on investment.

IKF is a stable, skilled,  autonomous, dedicated, and modern organization that provides a structure for the growth of international KEMPO. IKF has knowledgeable representatives that always act in a professional manner.

IKF is a driven organization with the vision necessary to bring KEMPO into the future.

UNITED WE ARE STRONGER

UNITED FOR THE OLYMPIC DREAM 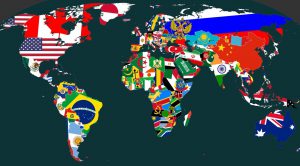